History of the Engine 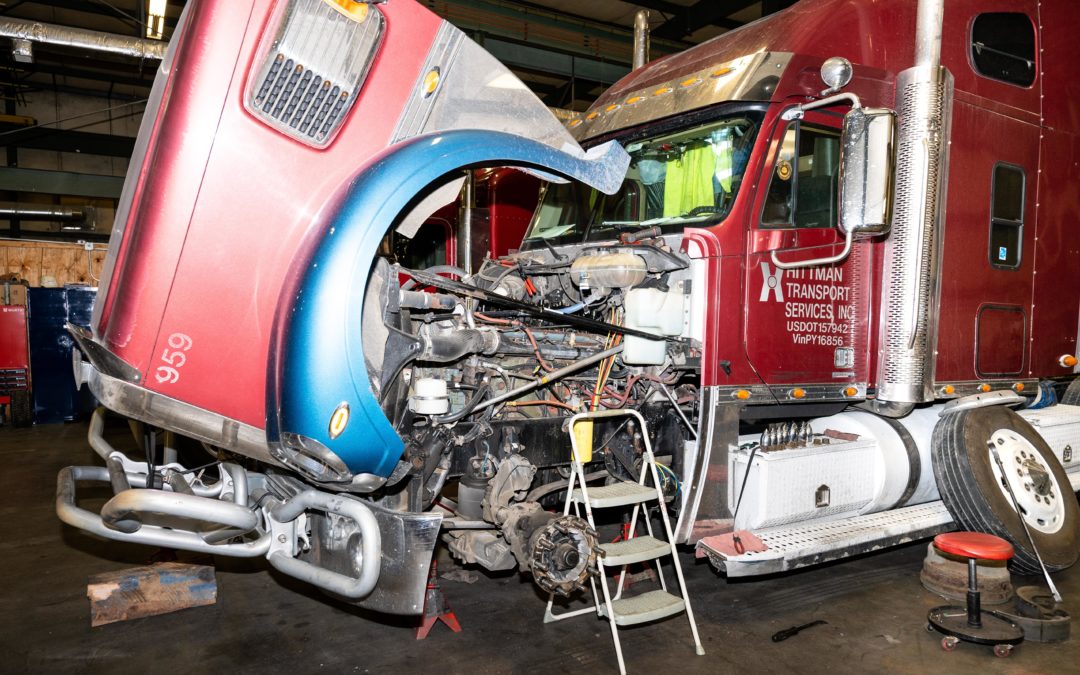 In simple terms, engines use a fuel source to generate heat and transform it into mechanical energy. The first successful type of engine, the steam engine, was invented by Thomas Savery in 1698. A steam engine uses a boiler to create steam, the resulting heat energy is transformed into mechanical energy. His invention was improved upon by Thomas Newcomen in 1712 with the addition of a condenser to improve the efficiency of the machine. In 1765 James Watt made additional improvements to the steam engine design which made the steam powered power plant possible.

Steam Engines and the Industrial Revolution

Power from steam engines was key during the industrial revolution that began in England in the 1760s and spread throughout the rest of Europe and into the Americas in the subsequent decades. The steam engine transformed water into steam and steam into useful mechanical energy, improving productivity for factories that previously ran on the power of men or horses. Other industries depended on waterpower at the time, so they were constrained to locations near water sources. The invention of the steam engine gave factories and mills the freedom to build anywhere.

The invention of the steam engine also changed the transportation and shipping industry with the introduction of steam powered trains and steamboats. Over time, technological advancements made steam engines smaller and more powerful. By the late 1700s inventors in Europe and America were experimenting with transportation applications for steam engines. Steam-powered transportation supported the industrial revolution, transporting mass amounts of raw materials and finished goods at much faster rates for less money. Steam power also increased the movement of people and the speed of communication between distant regions.

The Invention of Steamboats

The first successful steamboat was built by Robert Fulton, he demonstrated the capabilities of his vessel, The Clermont, on the Hudson River in 1807. Steamboats quickly became a popular means of travel and trade in America. Travel routes for steamboats facilitated domestic transportation across the great lakes and along major rivers. Steamboats traveled abroad as well to the islands of the Caribbean and across the Atlantic Ocean to Europe. These vessels also helped American settlers expand westward, facilitating the settlement of the west cost regions of California and Oregon.

The Steam Engine and the Railroad

The steam engine led to the invention of trains and the development of the railroad system. The idea for railroads and trains came from the very place that fuels them, the coal mines. Manual rail systems inside coal mines were used to collect coal and transport it out of the mine. Railed transport was superior because it had reduced friction compared to wheels on the uneven ground. The concept of rail transport along with the invention of the steam-engine led to the invention of the steam-powered locomotive and the railroad system. Railroads spread across England and then America during the 1820s, transporting people and goods from place to place. Railroads supported industry by providing quick and widespread transportation for raw materials and goods at a much cheaper rate than a wagon.

Invention of the Internal Combustion Engine

The internal combustion engine was developed during the 19th century, its invention is not credited to a singular inventor, but rather a multitude of inventors and scientists. These engines transform chemical energy into mechanical energy through combustion. The invention of the internal combustion engine was one of the most important in the history of humanity because it gave way to the invention of the car, changing society forever.

The Invention of the Automobile

There are conflicting claims as to who invented the first self-propelling vehicle or “horseless wagon” as it was known prior to the term automobile. Leonardo Da Vinci illustrated a detailed design for a self-propelling vehicle that proved to be successful hundreds of years later when it was built by historical researchers. A man by the name of Nicolas-Joseph Cugnot invented a tractor-like vehicle that was powered by a steam engine in 1769. Despite these inventions, Karl Benz is most commonly credited with the invention of the motorized vehicle because his design had the same power source that our cars have today, the internal combustion engine. Benz patented his design, which originally looked like a horse-drawn wagon with 3 wheels, in Germany in 1886. The design was altered several times until it eventually looked like a car in 1891. The first mass producer of cars was Henry Ford. His assembly-line style business, based out of Detroit, produced the well-known Model T. The Model T was the first vehicle on the market that was designed to be affordable for most people. Ford produced over 15 million Model T’s, there was a point where the majority of Americans owned one.

Cars allowed for independent transportation, created personal freedom and connected people from greater distances with services and job opportunities. Jobs were created to meet the demand for new vehicles and gasoline to fuel them. With the new ease of travel, recreation and leisure industries such as hotels, theme parks, and restaurants thrived. While the invention of the motor vehicle benefited society and the economy in many ways, it impacted the environment in negative ways. The burning of gas created air pollution and land was developed to accommodate highways and auto-related industries.

The Impact of Engines Today

Our lives today are still largely dependent on the engine technology developed hundreds of years ago. In the United States today, there are over 276 million vehicles on the road including cars, motorcycles, buses, and trucks. Technology has evolved greatly but it is still the power of engines that move people and goods around the world.

Taking Care of your Diesel Engine with CDS

In the United States, 64.6% of goods are shipped via truck. Most of these are diesel trucks, tractor trailers and 18-wheelers that run on diesel engines, a specific category of internal combustion engine that provides superior horsepower and a longer lifespan compared to gasoline engines. These engines are incredible mechanisms, but their performance is largely dependent on how well they are taken care of.

Certified Diesel Solutions provides quality service and maintenance to diesel drivers and fleet operators across East Tennessee. Consult the professional diesel mechanics at CDS for quality maintenance that will maximize the efficiency and performance of your vehicle and extend the life of your diesel engine.